At a time when liberalism is under threat at home and abroad, I was not willing to dedicate the limited free time that I have to endless navel-gazing and internal debates on procedure that remaining in the Labour Party would have involved. Faced with a Government retreating to base nationalist rhetoric, I was not prepared to be complicit in the Labour party’s silence on the biggest issue facing this country for generations.  If ‘hard Brexit’ comes, and we face perhaps decades of economic devastation, it will be because a small group of people on the political extremes has taken over both the Conservative government and the Labour Party.

The Conservatives’ embrace of naked nationalism is a stain on our politics and depriving them of a parliamentary majority now depends on a Liberal Democrat recovery. It is time for liberals of all parties, and none, to stand and fight for business, international trade, the rule of law, and a Britain that is confident about offering leadership in the world. That battle starts right here: holding our pro-Brexit Conservative MP to account for deliberately sabotaging our economy and ensuring that our Conservative council defends the rights of the thousands of EU citizens who call our borough home.

Be in no doubt, we in Kensington & Chelsea are in the frontline against a Brexit plan that would devastate our borough and our country.  By joining the Liberal Democrats, I have chosen to be part of that fight – not just a bystander.  I hope others will join me. 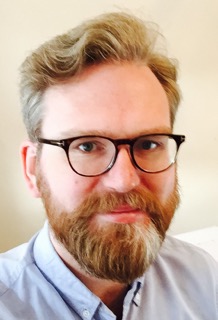