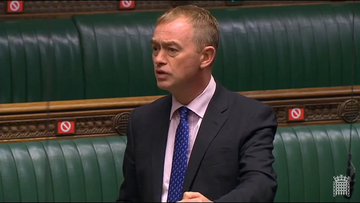 Former Liberal Democrat Leader Tim Farron asked a question today in Parliament, to the Government Housing Minister asking whether the government will be supporting a Lib Dem Lords amendment that passed its first reading in the Lords last week

This amendment is to the fire safety bill which would insert the following new clause into the bill Prohibition on passing remediation costs on to leaseholders and tenants. Into law