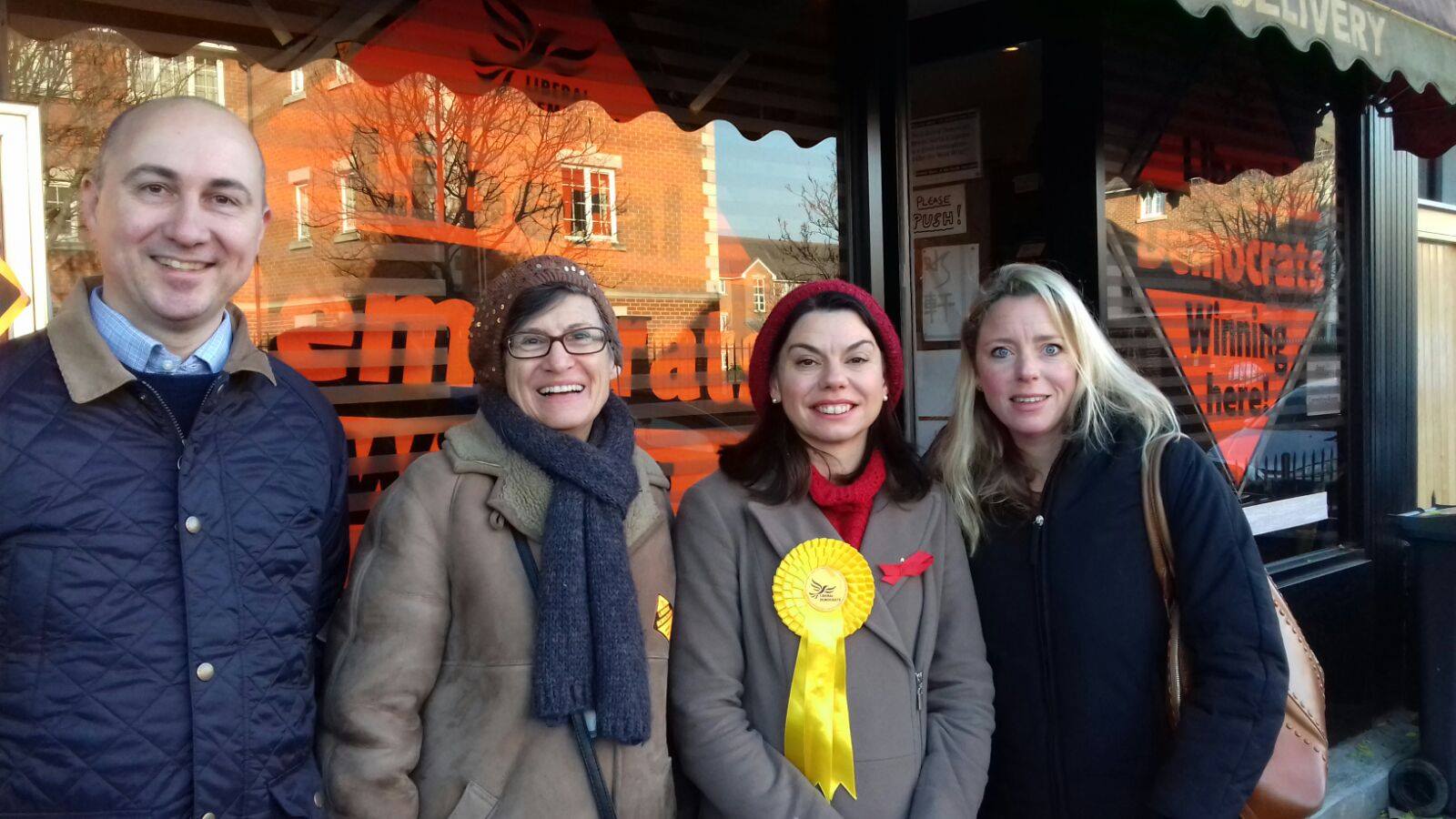 And the result is in, WE WON!

Just last year Nick Clegg said, ‘Fear and grievance have won, Liberalism has lost but it is more precious than ever and we must keep fighting for it….our party will come back, our party will win again’…And of course he was right then and now.

This is just the start, this battle is won… yet the movement for Liberalism, for the vision we have is just commencing and we need all of you to help in this fight.

In the words of our latest MP, ‘We will not let intolerance, division and fear win’.

Local resident and member, Tim Verboven, is gathering information on the impact on the Business Rate Increases in the area and would be grateful for any help that could be given in trying to mount a campaign to highlight the problems that businesses are experiencing. We had a good start and are looking for more businesses to create a group. Contact Tim at: tim_verboven@outlook.com or tim.verboven@kclibdems.org.uk

Last night the council rejected the plans of Affinity Housing  http://www.suttonestatechelsea.com/ to redevelop the site of the Sutton Estate because they did not cover the loss of social housing and because of their viability report.

For more information on the Sutton Estate campaign please follow this link: http://www.savethesuttonestate.co.uk/

Tim Farron says They Will Vote against Triggering Article 50

Tim Farron has made it clear that the position of the Liberal Democrats will be,

‘Unless the government agrees to a referendum on the final Brexit deal, the party will vote against Article 50’

There is currently a planning review taking place and the borough would like your participation.

Trump - 'Fears for the World'

As with many people we were shocked and dismayed that Trump was elected, primarily because we do not believe that his values mirror those of the Liberal Democrats.

The leader of the Liberal Democrats Tim Farron has said he ‘fears for the world’ following the election of Donald Trump as President of the United States.

The Lib Dem Plan for Britain in Europe

The Liberal Democrats remain a proudly pro-European party. Following the referendum, we are setting out clear answers to some of the big questions and what we think should happen next.