We would like to congratulate you on your election as Leader of the majority group at this difficult time for the borough.

We look forward to hearing of your radical changes and hope that they will translate into meaningful change.

Essential to any change includes greater emphasis on the need for transparency and robust scrutiny, with full induction for every new member to a committee and top-up training being mandatory. Furthermore, membership of committees should be based on interest rather than on political nomination to demonstrate a wish to hear different opinions.

In particular, with your long experience of Family and Children's Services, we have particular requests that we would like you to consider:

We sincerely hope that there will be improved inter-party engagement to ensure that the true diversity of the borough can be reflected in both policy and practice.

The parliamentary spokesperson and two local councillors for Kensington and Chelsea Liberal Democrats have today written to Sajid Javid MP, the Secretary of State (SoS) for Communities and Local Government, asking that he consider calling in Commissioners to take over key roles and decision-making at Royal Borough of Kensington and Chelsea (RBKC) council.

RBKC’s failure to provide ‘best value’, as it is legally mandated to do under Part I of the Local Government Act 1999, is the key reason for this request.

Under section 15 of the 1999 Act, the SoS is empowered to intervene in the event of a council failing to do its duty. In this case, Commissioners can be appointed to support and oversee RBKC to take steps to ensure that it provides best value.

“This should not be interpreted as a criticism of RBKC staff or their work, which has been carried out during a time of extreme stress, under intense media scrutiny, and often in the absence of clear planning or leadership,” said Andrew Lomas, Liberal Democrat Councillor for RBKC.

“Nevertheless, we remain concerned that the response to the tragedy that unfolded at Grenfell Tower has revealed that RBKC has been and is failing to meet its duty of providing ‘best value’,” he added.

For some time, there has been a financial culture at RBKC involving:

(2) the fetishisation of large cash reserves (c. £280m) during a period of budgetary constraint and exceptionally poor cash yields (leading to a negative real return on those cash reserves); and

(3) RBKC has chosen a funding model that favours service delivery via voluntary and third sector organisations to such an extent that there was no appropriate RBKC infrastructure in place to coordinate the response in the immediate aftermath of the fire.

“It is regrettable that we have had to call for such an intervention, and do not do so lightly. However, there has been a fundamental breakdown in trust between RBKC and those it has a duty of care to provide for.

“Renewing and replacing those perceived as responsible for that trust erosion would enable the rebuilding of the governance and financial management capacity of RBKC, and secure its future compliance with the best value duty.”

“There has been a conspicuous void in leadership nationally and locally, amounting to frustration with the council’s lack of visibility and failure to communicate with survivors as well as those who would like to help.”

This Should Never Have Happened

On Wednesday we witnessed the biggest tragedy our community has ever seen. We do not yet know the details of all those who died but their number is more than they should have.

Outside the Westway, and inside the churches and mosque, families were in a state of despair at such a catastrophic event. As the day went on, the mood turned to anger that the fire was allowed to happen. It seemed so preventable.

Thousands of people showed up with donations of food, clothing and toiletries, while hundreds gave up their time to help. This embrace of love and kindness is the best side of tragedy. We were overwhelmed by everyone's response, you have been amazing in this time of crisis.

Yet across Kensington we feel raw. Those who have lost loved ones deserve answers. They tell us they were awoken by the smell of smoke, not by any fire alarm.

We will come together and help people get through this, as well as think about how we provide long-term support for those who have to rebuild their lives.

Members of our local party have been working in centres across the area. We have been helping people who have been moved into emergency accommodation, working with other volunteers to try and coordinate efforts in the face of a council that is ill equipped, utterly ill prepared and disorganised. We have been talking to the press to encourage that the issues that we are facing here are kept at the forefront - ES, FT, and Guardian. If you would like to help please get in touch.

Ed Davey MP and Caroline Pidgeon AM visited today and were shown the extent of the grief, the anger but also the community that has come together.

Tomorrow there will be a minute's silence at 11 am. At 3 pm there will also be Salat al-Gha'ib for those who have passed away, at Latimer station insha'Allah. Join us tomorrow evening at 7 pm at the vigil in Parliament Square. We hope that these events will help us mourn those we have lost, and take stock of this terrible tragedy and the thousands affected.

Donations:
Physical donations are no longer needed. We've been advised to donate to The Kensington and Chelsea Foundation. There is also The Big Give who are currently match-funding every donation.

This is our chance to fight this hard Brexit!

Tim Farron stated: “This election is your chance to change the direction of our country.

Only the Liberal Democrats can prevent a Conservative majority.”

We will provide a progressive, prosperous, open and united opposition to the disastrous plan by the Tories to go for a hard Brexit.

Vote for the Liberal Democrats.

Update on Demolition Works and Noise from our Cllr Linda Wade

On the night that some residents complained there were some works being undertaken by LUT early in the morning and were not related to the Exhibition Centre (Capco) site. However, an Environmental Health officer has been to see some residents and has met with Keltbray (demolition contractors for the site), and is discussing additional acoustic screening, alternative methods and breaks for the noisy works.

There is going to be a review of the monitoring equipment, which was felt to be set at a 'relatively low level and therefore might not accurately represent the noise being experienced by residents in Eardley Crescent' and the officer 'would be happy to undertake noise measurements at high level if required'.

Let me know on cllr.wade@rbkc.com if you have concerns so that we can collate and identify the houses in the street that are experiencing the problems.

The full lifting schedule for March and April is on the  myearlscourt.com (under News)

For any issues about overnight noise and nuisance you should call the 24/7 helpline 0330 333 1510.  Alternatively the Council’s Environmental Health Noise & Nuisance team is on 020 7361 3002 or environmentalhealth@rbkc.gov.uk

In the last five years, Kensington and Chelsea has persistently scored one of the worst toxic particulate air pollution within the Greater London region. Current actions mean that the nitrogen dioxide levels in London will not fall below legal limits until after 2030. We take this issue very seriously as it has a severe impact on the health of our family members. We therefore ask the RBKC Council to take measures to improve the air quality in the borough. Please sign our petition! 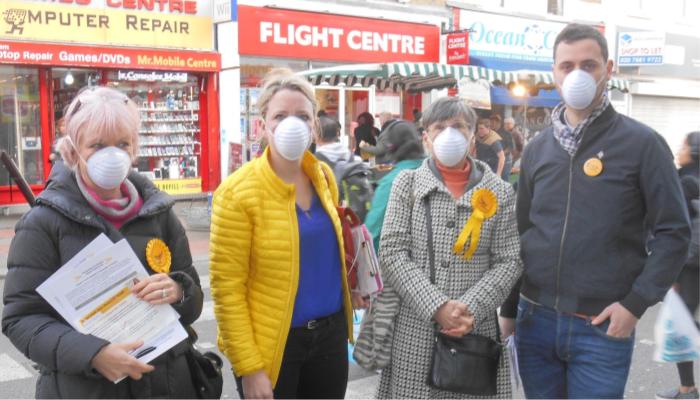 The event we organised on 06 February at St Cuthbert's on EU Citizens Rights together with our French and Spanish sister parties MoDem and Ciudadanos was featured on Al Jazeera. The feature reflects that European citizens are very concerned about their future in this country and we want to see their rights protected in the upcoming Brexit negotiations. Please sign our petition on this website. 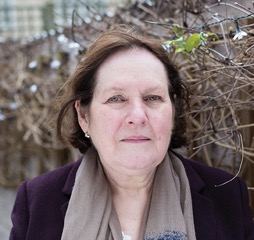 Cllr Linda Wade has been working hard with TFL on a project whose aim is to establish a trial in which deliveries to participating businesses / organisations in the study area would be rescheduled to take place outside peak times. The area being considered is Earls Court Road.

Our Councillor Andrew Lomas presented the petition to protect the rights of EU Citizens living in the borough at the RBKC Council meeting on January 25th, and we filmed his speech. You can see it here: